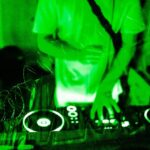 Yuri, from São Paulo and based in Lisbon, hosts VORAZ, a monthly queer show at Radio Quantica an indepentent radio in Lisbon-PT. In this set presents a selection full of young producers from the local scene that have been creating a connection over the years of imigration and other decolonizing artists from China, Japan and also from his hometown Brasil.

Born in the south of Brazil - Madson Carpenter, is a DJ and producer, who dares in the strands of underground techno, passionate about music since very young over the years creating his identity and his own sound, Bringing a unique and powerful performance to every dance floor.

He started his DJ career at the age of 18 in Lisbon (where he currently resides) and since then he has been developing his music, he has performed in major clubs in Lisbon and Berlin, his presentations were alongside great DJs and Producers such as Cleric, Gavio, Nico Moreno, Pan-Pot, The Advent, Tomoki Tamura among others.
His music is synthetic and versatile, can be aggressive, but always has his personality that is easily noticed in his work and mixing. 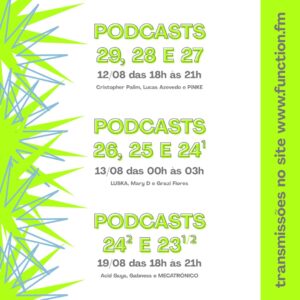